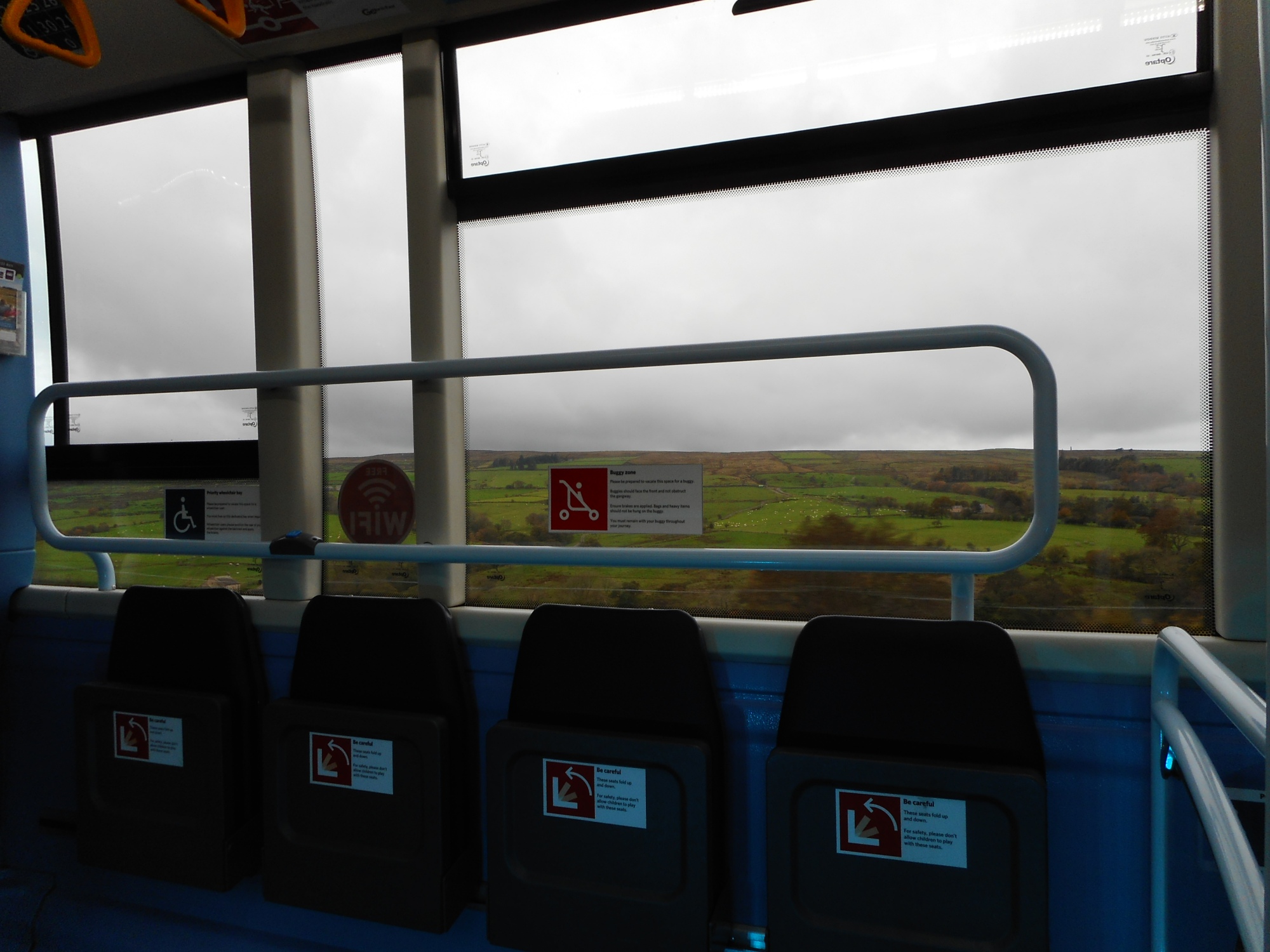 The River East Allen valley has a pretty good bus service. The 688 trundles along the B6295 as far as Allenheads and not far from Isaac’s Tea Trail, so it works well for linear walks which include sections of the Tea Trail.

I parked my car in Allendale and rode the bus south to Sinderhope. The walk began at High Forest Community Centre, where the charity Natural Ability has a garden. Young adults with learning disabilities or special educational needs grow produce here. 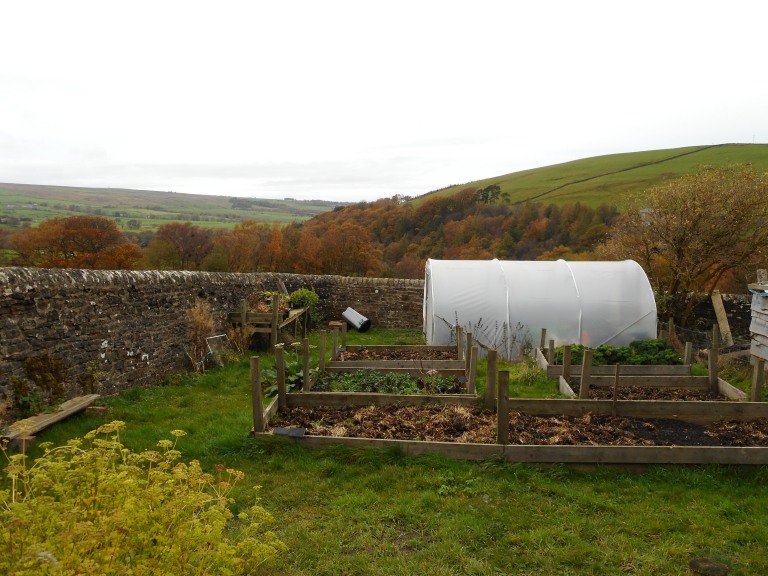 Crossing a couple of meadows I had lovely views of autumnal woodland on the valley side and soon I was down at river level and enjoying the foliage colours in closeup. I also had a very close view of a waterfall beside the track, and my route took me across a bridge just below the falls.

Near the river on its western side are the remains of Holmslinn lead mine, where, according to Historic England, the remains survive well as there has been no later development on the site. The listed buildings citation says the engine bed and the wheel pit are of particularly high quality, and the associated features are also well preserved.

The mine began operating in 1856 and continued until the late 19th century.  Its lodging house still has a fireplace in the wall, and someone has chalked an inspirational message on the rafters.

My destiny was to spend the next half mile slipping and sliding along the most hideously muddy path I have ever walked. It should be a lovely section of the walk, through woodland with the river burbling nearby, but it was shockingly squelchy. I leaned on my trekking pole for balance and the pole slid in right up to its handle. Any attempted detours from the path were equally horrible, with the whole area coated in a special super-slippy type of mud. Yes, I fell over. Yes, I swore a lot. Adding insult to injury, there were piles of planks on either side of the path which were obviously the remains of former boardwalks and steps.

Usually I can rely on nature and wildlife to get me out of a bad mood, and the lovely woodland scenery did its best.

Emerging from the woods there was a brief respite along a level grassy field path before the route headed steeply uphill. I frequently headed inelegantly back downhill as the mud continued to have its fun. I was not amused.

When I managed to get to the top of the hill I had to stop swearing because I then joined Isaac’s Tea Trail, and I’m sure devout Methodist Isaac Holden would have taken a dim view of my profanities. Anyway, I’d cheered up by then because I was familiar with the rest of the route and knew of the pleasures to come.

The waymarking along the entire route of Isaac’s Tea Trail (36 miles) is enlivened by vintage tea posters. I bet the slogan writer at the English and Scottish Co-operative Wholesale Society was really pleased with pun on this advert.

My walk was now across pastures and through a farmyard, crossing a couple of small streams before dropping to keep close to the riverbank. It is possible to follow Isaac’s Tea Trail all the way back to Allendale, but I was short of time so I waved goodbye to Isaac and crossed to the east bank of the river on a footbridge under towering crags.

The footpath led to a farm driveway and a short climb to reach the road. From there it was just over half a mile into Allendale, and if you’re going to do roadwalking this is a good road to choose. A wide pavement, deciduous autumn glories on the right, larches on the left decorating the tarmac with their golden needles.

I hoped the nice dry pavement would begin the process of knocking the mud off my boots but it was too firmly stuck. By then though the good memories of the walk outnumbered the bad memories of the mud, and the views from the road helped me arrive back in Allendale in good spirits.

One thought on “ISAAC AND THE 688: SINDERHOPE TO ALLENDALE”